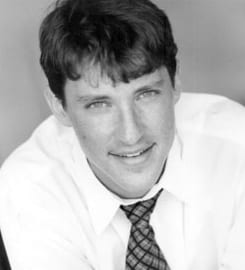 Mr. Kravis began his legal career in the Navy JAG Corps, where he served for four years as a lieutenant.

Randy Kravis’s law practice is focused exclusively on criminal appeals and writs. He is a member of several California state appellate panels and practices in appellate courts throughout California, including the Second, Third, Fourth, Fifth and Sixth District Courts of Appeal. He also practices extensively in a number of federal courts and is member of the bars of the Central, Northern, and Eastern Districts of California; the Ninth Circuit Court of Appeals; the First Circuit Court of Appeals; and the United States Supreme Court. Because of his experience, Mr. Kravis’ practice focuses on cases involving serious offenses and complex criminal appellate cases.

In the course of his work, Mr. Kravis has handled hundreds of appeals and writs of habeas corpus and obtained reversals for his clients, including those in the United States Supreme Court (Watson v. California; Naya v. California), the Ninth Circuit Court of Appeals (United States v. Davis, 428 F.3d 802 (9th Cir. 2005)), and the California appellate courts (People v. Woren; People v. Valle; People v. Gonzalez, and others). Most recently, in the case of People v. Alvarado, Mr. Kravis, on appeal, discovered a mistake that neither the trial judge, the prosecutor, nor the trial defense attorney caught. It resulted in the client’s most serious offenses getting reversed and 99 years being taken off of the client’s sentence. Other notable cases include United States v. Davis, where Mr. Kravis was able to get his client’s guilty plea overturned; Campos v. Stone, where Mr. Kravis was able to get the client’s entire set of serious offenses completely reversed on habeas corpus; People v. Diaz, where the defendant obtained a complete and full reversal of all of the defendant’s serious offenses on appeal; and People v. Flynn, where Mr. Kravis was able to get a reversal of the most serious charges. These are just some of the victories Mr. Kravis has secured for his clients on appeal over the years.

Prior to joining Kravis, Graham & Zucker LLP, Mr. Kravis began his legal career as a Naval Officer in the United States Navy JAG Corps, where he focused on appellate cases and was awarded the prestigious Navy Commendation Medal for his work as an appellate attorney. He attended Haverford College and attended law school at American University in Washington, DC, where he was inducted into the Washington College of Law Honor Society; was awarded the prestigious International Trial Advocacy Award during his final year of law school; and served as an editor on the American University Law Review.

The hidden wounds of combat
CNN’s Alina Cho talks to attorney Randy Kravis and Dr. Terry Lyles about suicide and PTSD in the military.
Source: https://www.cnn.com/videos/bestoftv/2012/05/27/exp-ptsd-suicide-kravis-and-lyles.cnn

Soldier’s decision: A crime or his duty?
Randy Kravis talks with Randi Kaye about the defense of a soldier charged with negligent homicide in Afghanistan.
Source: http://www.cnn.com/video/#/video/us/2012/06/16/kravis-soldier-murder-defense.cnn

Contact us for a free consultation to see how we can help you.

In California, you may be eligible to apply for a certificate of rehabilitation if you have successfully completed your felony sentence and have kept out of trouble.

Appeals offer convicted defendants an opportunity to have a higher court review the process that lead to conviction in order to ensure that this process was fair to the defendant.

Many defendants are eligible for a process known as expungement, under which an individual is released from all penalties and disabilities arising from conviction.

Recent changes in California law provide an opportunity for those who have been convicted of a crime to have their sentence reduced or even eliminated.

While many people might not realize it, prisoners still have certain rights guaranteed by both the California State and United States Constitutions.

If you took a plea deal in a criminal case and suffer from immigration consequences you may have legal grounds to vacate the plea.

Anyone who is in prison, or otherwise restrained in some way by the criminal justice system, can bring a writ of habeas corpus petition to challenge their imprisonment.

Parole is a period of supervision that follows an individual after their release from prison. Most inmates will automatically be released to parole after finishing their “determinate” sentence.

Effective November 8, 2016, Proposition 57 was approved and maintains a substantial effect on California’s Criminal Justice system as a result of overpopulation in prisons.

Young offenders can be tried as adults and sentenced to extremely long or even life sentences as young as 14. In 2013, California passed a law changing child sentencing practices for certain crimes.

Effective January 1, 2016, SB 261 extends the unique youth offender parole process created in SB 260 (above) to inmates who committed crimes between the ages of 14-22, but were tried as adults.